The Apollo program took humans to the moon for the first time with a total of 6 moon landings on the lunar surface between 1969 and 1972. These missions noted a pivotal time for the human race, one marked by rapid technological advancement. In order to further appreciate these missions and the sacrifices of the astronauts who manned them, let’s take a closer look at each mission.

The distances between all of the different landing sites are noted as follows:

Apollo 11 landed at Mare Tranquillitatis, Latin for sea of tranquility, a basalt basin on the moon.

The mission was the first to land humans on the moon on July 20, 1969. This fateful day changed the course of humanity forever. Neil Armstrong and Buzz Aldrin became the first humans to step foot on lunar soil. In total, they spent two and a half hours walking on the moon, nearly a day on the lunar surface, and collected 47.5 pounds of lunar soil while there to bring back to earth for further studying. 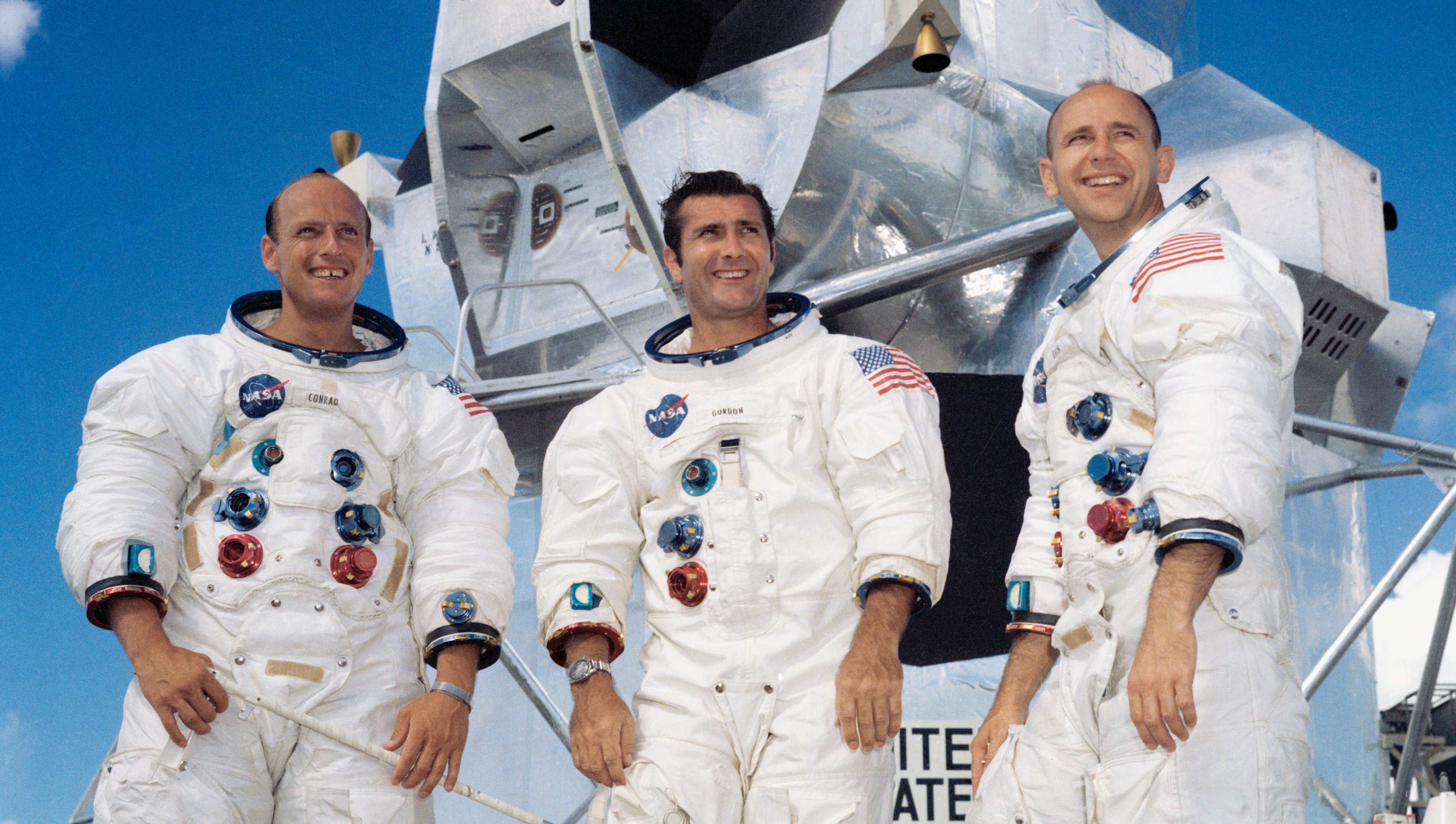 Apollo 12 landed at Ocean Storms, a vast lunar mare on the western edge of the near side of the moon.

Apollo 12 was the sixth manned flight of the Apollo missions and was the second to land humans on the moon. Launched on November 14, 1969 , from the Kennedy Space Center in Florida, Charles Conrad and Alan Bean became the next fateful two to step foot on the moon with Richard Gordon remaining in orbit. This mission marked the first time a color camera was taken to the moon, but the transmission was lost when Bean destroyed the camera by pointing it at the sun.

Apollo 13 was slated to be the third manned mission to the moon but famously had to be aborted after an oxygen tank exploded 2 days after launch on April 11, 1970. This explosion destroyed much of the potable water system and the heating system, but the crew of three, James Lovell, John Swigert, and Fred Haise Jr., were all able to make hasty repairs and return safely to earth just 6 days after launch. 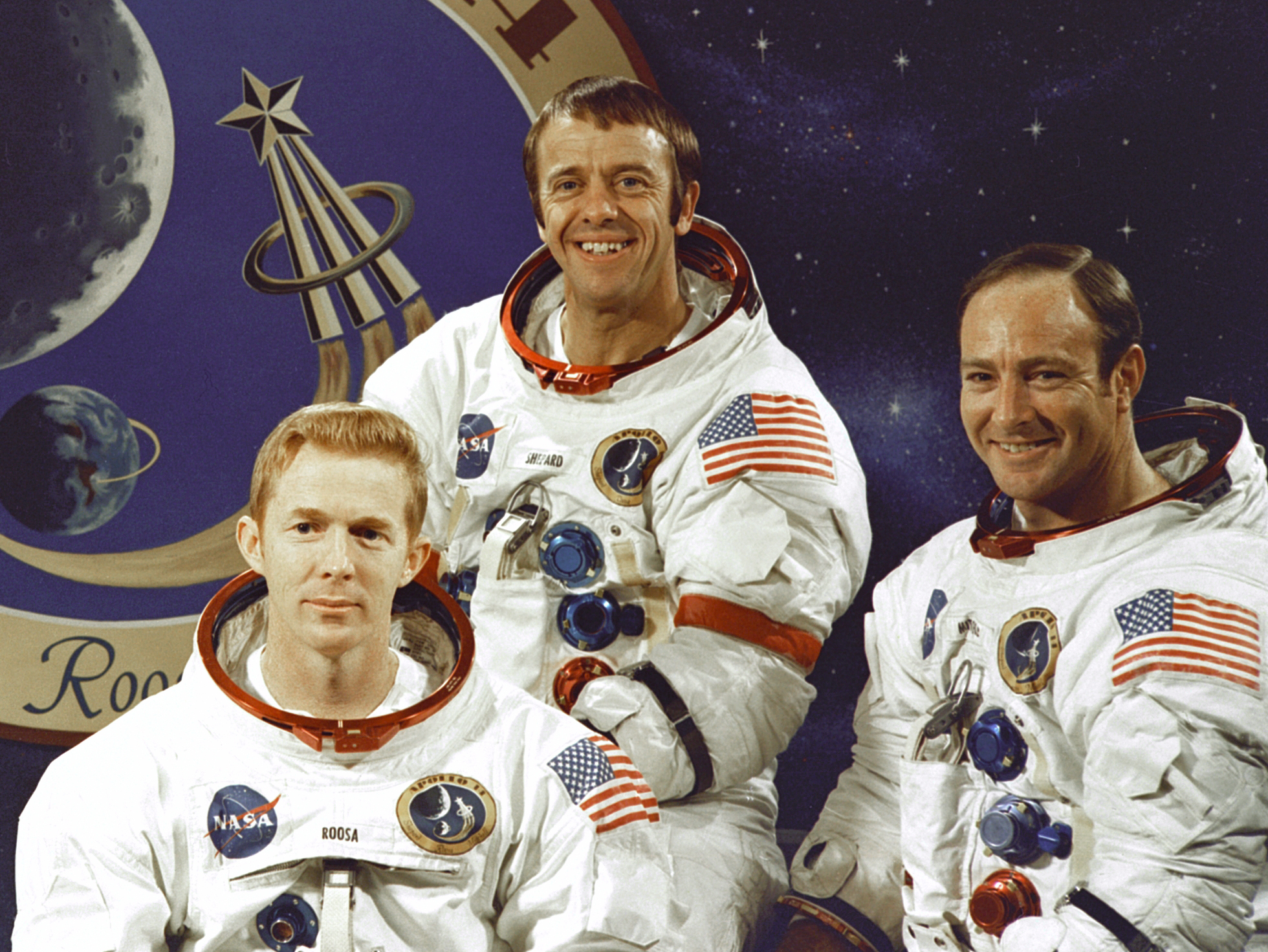 Apollo 14 landed at the Fra Mauro formation, a large area thought to have been formed by debris impacting the moon’s surface.

The mission was manned by Alan Shepard Jr., Stuart Roosa, and Edgar Mitchell and became the third successful lunar landing mission. The nine-day mission launched on January 31, 1971, and the crew was able to complete 2 lunar spacewalks as well as collect nearly 100 pounds of moon rocks. In total, Shepard and Mitchell spent 33½ hours on the Moon, 9.5 of which were spent walking or roving the surface.

Apollo 15 landed in the Hadley-Apennine region of the moon on the near side, located net to a large lava plane.

Launched on July 26, 1971, David Scott, Alfred Worden, and James Irwin successfully landed on the moon for a fourth time during this mission. Irwin and Scott spent a total of 3 days on the moon with 18½ hours spent outside the spacecraft. As James Irwin stayed in orbit, he was able to gather significant data on the lunar surface using various imaging and laser devices.

The mission, launched on April 16, 1972, was the first to land on the lunar highlands, which mark the lighter areas of the lunar surface. John Young and Charles Duke became the 9th and 10th man to walk on the lunar surface, respectively, with Thomas Mattingly staying in lunar orbit. While there, the astronauts were able to drive the lunar rover a total of nearly 17 miles across the moon’s surface.

Apollo 17 landed on Taurus-Litrow, a valley on the near side of the moon.

The final mission of NASA’s Apollo program launched on December 7, 1972. Apollo 17 carried Eugene Cernan, Ronald Evans, and Harrison Schmitt to the moon, with Cernan and Schmitt becoming the last 2 humans to ever walk on the moon. Cernan was the second man to step into the lunar lander module, making him, technically, the last man to touch the lunar surface.